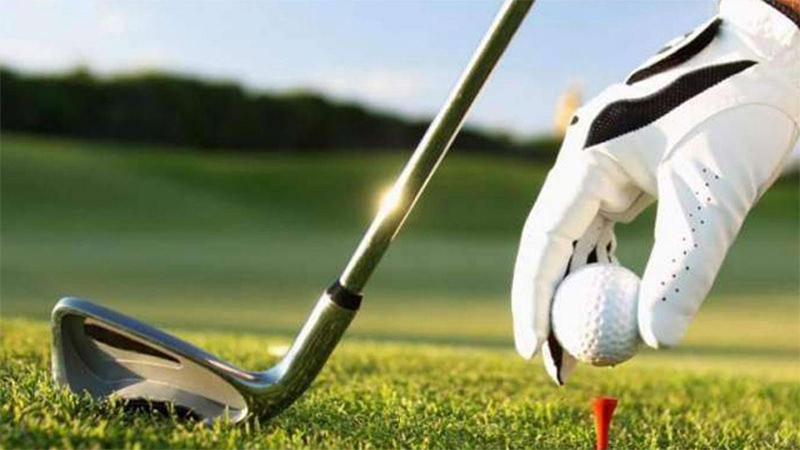 The Egyptian Ladies Amateur Golf Open, Nefratiti Cup 2022 concluded yesterday at El Gouna Golf Club Hurghada in which 10 countries participated including Canada, Jordan, Korea, Morocco, Pakistan, Qatar, Russia, Tunisia, UAE and Egypt. This was for the first time that Pakistan had been invited to participate in this very prestigious event.

It is a matter of great pride for Pakistan that Humna Amjad secured 2nd position after a ’battle royale’ with Sofia Essakali of Morocco spread over three days and 54 holes. Although Humna was the joint leader with Sofia, with a score of 71, at the end of the first day’s play, her game suffered due to high windy conditions on the second and third days, which was a totally unfamiliar experience for her, causing her to achieve scores of 77 and 78.

However, through sheer determination and application of her creditable golfing skills, Humna still managed to sink 8 birdies and 32 pars over the 54 hole Tournament, to end up as an honourable runner-up for the best golfer’s trophy.

It may be noted that this was the best result earned by a Pakistani lady golfer in an International Championship in recent years. Being the runner-up in this event, Humna qualifies for participating in the Ladies European Tour, Aramco Saudi International, in 2022, with all expenses to be paid by Golf Saudi, including airfare, boarding and lodging.

Parkha Ejaz, the other Pakistani Lady Golfer, also put in her best and achieved scores of 76 and 75 on the first two days. However, her game suffered considerably due to the strong windy conditions on the third day taking her score to 82. Yet, she still managed to achieve 5th position in a field of 17 participants. Incidentally she had the singular honour of scoring the only Eagle in the Championship.

A word of praise is also due for the exceptional role played by Mrs. Amber Javed, the Manager of the Pakistan team. She never left the side of her players and was a great source of encouragement for them.

It merits special mention that Ladies Golf in Pakistan has had a meteoric rise ever since Gen Hillal’s assumption of the Presidentship of the Pakistan Golf Federation (PGF) in 2017. Right at the outset, he took the strategic decision to establish the ‘Committee for Development of Ladies/Girls Golf,’ comprising all the lady members of the Executive Committee of the PGF. This gave the Women a platform for developing Ladies Golf according to their own vision and requirements. This was a real ‘Game Changer’ from which the Lady Golfers of Pakistan have benefitted no end.

Significantly, this Committee, working under the dynamic leadership of Dr Asma Afzal Shami, prevailed upon the PGF and its affiliated Provincial Golf Associations to institutionalize 12 exclusive, ladies only, golfing events on the PGF’s Annual Golf Calendar. This unprecedented increase in Ladies’ Golf Tournaments has improved the standard of women’s golf in Pakistan beyond all expectations. And its physical manifestation has been seen today in Humna’s achievement in the just concluded Egyptian Ladies Golf Open Nefratiti Cup 2022.

Another aspect that needs to be highlighted is the role played by the networking between Dr Asma Shami, Chairperson Ladies Golf PGF and her counterpart, Mrs Siham Omar, Executive Manager Egyptian Golf Federation, in facilitating and ensuring the participation of Pakistan in this prestigious event. Incidentally, when Pakistan’s participation became doubtful due to delay in provision of visa by the host country, these two ladies, with the blessings of the Presidents of their respective Golf Federations, stepped in to ensure that the visas arrived just in the nick of time.