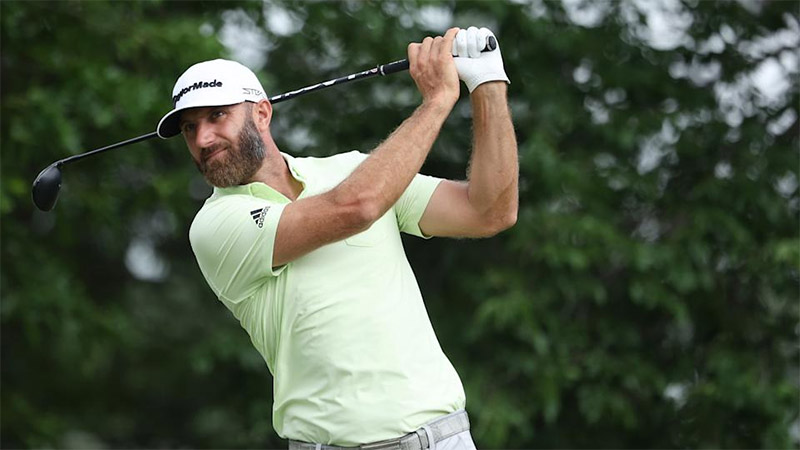 Johnson, currently the world No. 13, will be the highest-ranked player at the tournament, which will also include Sergio Garcia, Lee Westwood, Ian Poulter, Martin Kaymer, Kevin Na, Louis Oosthuizen and Branden Grace.

As recently as February, Johnson said that he was “fully committed to the PGA Tour.”

However, six-time major winner Phil Mickelson, an outspoken supporter of the new tour, does not feature in the field at England’s Centurion Club. The 51-year-old said in February he would take “some time away” from golf after being criticized for comments he made about Saudi Arabia’s regime and the country’s new tour.

“Free agency has finally come to golf,” Greg Norman, LIV Golf CEO and Commissioner, said in a statement. “This is an opportunity to start a movement that will change the course of history by bringing new and open competition to the sport we all love.

“The desire shown by the players to participate in LIV Golf demonstrates their emphatic belief in our model and confidence in what we’re building for the future.”

Norman received fierce criticism last month for appearing to downplay the the murder of Saudi journalist Jamal Khashoggi ahead of the tour’s launch, saying: “We’ve all made mistakes.”

A US intelligence report named Mohammed bin Salman, the Crown Prince of Saudi Arabia, as responsible for approving the operation that led to the 2018 murder of Khashoggi — something bin Salman denies.

The Centurion Club tournament will have a total prize pot of £20 million ($25.2M), with £3 million ($3.8M) for the winning golfer. Six places still remain open in the 48-man field.

The event will take place from June 9-11, the same time as the PGA Tour’s Canadian Open, which Johnson had been scheduled to compete in.

In a statement posted on Twitter, the Canadian Open, a tournament Johnson won in 2018, said it was “disappointed” with his decision to opt to play in the Saudi-backed event.

“As a past RBC Canadian Open champion, Canadian golf fans were looking forward to DJ’s return this year,” it said. “Our focus continues to be on hosting the widely celebrated return of the RBC Canadian Open and welcoming the world’s best players to Canada.”

The PGA Tour has not granted permission for its players to compete elsewhere and they could reportedly be set to face punishment for their decision.