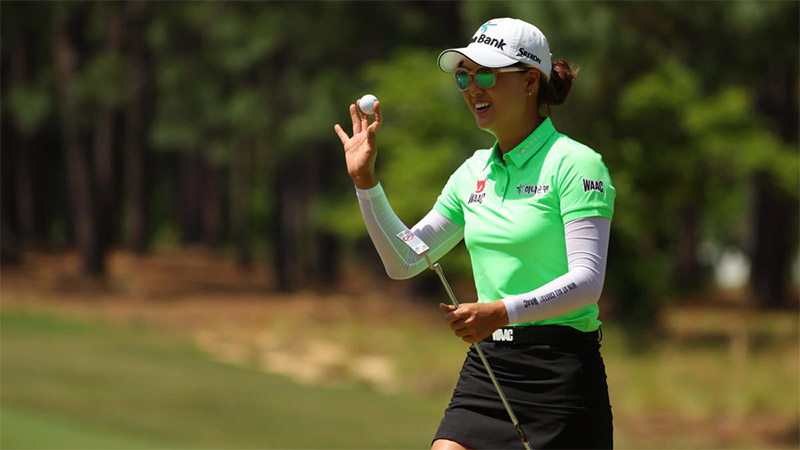 England’s Bronte Law ended joint seventh – her first top 10 finish at a major – on four under after a 74.

“I can’t believe it right now,” said Lee, the first Australian to win the title since Karrie Webb in 2001.

“It’s just super, super special and just a great honour. It’s been my dream since I was a little girl. It’s the one that I always wanted to win on – now I’ve done it, and just feels amazing.”

Lee, 26, began the day three shots ahead and extended her lead by hitting birdies on the opening two holes.

South Korea’s Jeongeun Lee6, who won this title in 2019, hit the lowest round of the day, a two-under 69, but finished well back on five over.

Her compatriot Hye-Jin Choi carded the only other under-par round, a one-under 70, to end third on seven under, while Korea’s world number Jin Young Ko was a shot back in fourth after a 71.

Ireland’s Leona Maguire closed with a 74 and two-under total, while England’s Charley Hull also finished with a three-over round to end three over and Georgia Hall hit a 75 to finish six over.

Sweden’s Ingrid Lindblad, who in round one shot the lowest score by an amateur in the US Women’s Open with a six-under 65, ended joint 11th on one under after a 76 in the final round.