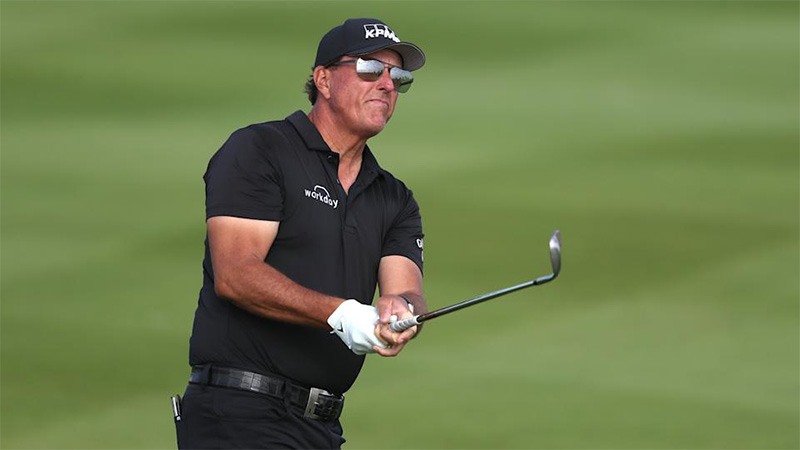 The six-time major winner will be in the field of 48 at the controversial new tour’s inaugural event in London this week.

“I am ready to come back to play the game I love but after 32 years this new path is a fresh start,” Mickelson wrote in a statement posted on Twitter.

Mickelson later Monday told Sports Illustrated that he plans to play all eight LIV Golf events and compete in majors after talks with major sanctioning bodies.

“I’m looking forward to playing the US Open,” Mickelson told SI. “I’m under the understanding that I’m able to play.”

Mickelson told SI he will keep his US PGA Tour membership, unlike some who joined LIV Golf, but has not spoken with PGA Tour commissioner Jay Monahan or long-time rival Tiger Woods.

“I’m uncertain how I will play given that I haven’t played in a few months,” Mickelson told SI. “But I’m optimistic.”

Mickelson has not played since the publication of comments in February where he criticized the PGA Tour and LIV Golf’s Saudi backers.

In an interview with author Alan Shipnuck, the 51-year-old American left-hander said the Saudi-funded LIV Golf was an opportunity to gain leverage over the PGA Tour.

However, Mickelson described the new venture’s backers as “scary” with a “horrible record on human rights,” noting the death of US journalist Jamal Khashoggi in a Saudi consulate.

“I certainly do not condone human rights violations. And addressing what happened to Jamal Khashoggi is awful,” Mickelson told SI on Monday.

“But I have seen the good that game of golf has done throughout history. And I really believe that LIV can be good for the game of golf as well.”

Mickelson, a 45-time winner on the PGA Tour, apologized when his original remarks were made public and took some “desperately needed time away” from golf, skipping the Masters and PGA Championship during his self-imposed exile.

“There’s a lot of things I regret,” Mickelson told SI. “I made a lot of mistakes. I hurt a lot of people and I’m really sorry.”

Mickelson said in his statement that he remains in therapy.

“Time away and self-reflecting has been very humbling,” Mickelson said. “I still have a long way to go but I am embracing the work ahead.”

During his absence, however, LIV Golf has torn at the fabric of world golf, with dozens of household names joining the new tour.

This week’s event teeing off at Centurion Club at St Albans, north of London, will have a $25 million purse – almost double that of any major, with $4 million going to the winner.

Woods said last month he supported the US PGA Tour, noting its legacy to such icons as Jack Nicklaus and Arnold Palmer.

Players opting into LIV Golf have done so despite PGA Tour warnings of disciplinary action.

Several PGA Tour golfers had requested releases to play this week’s LIV event, which clashes with the PGA’s Canadian Open, but were refused.

Mickelson denied he turned to LIV due to gambling debts, telling SI, “My family and I are, and have been, financially secure for some time.”

Mickelson said his gambling had become “reckless and embarrassing” and said he has addressed it for several years and in therapy.

“It isn’t a threat to me or my financial security,” he said. “It was just a number of poor decisions.”

Mickelson became the oldest major winner at age 50 by capturing the 2021 PGA Championship and in 2012 was inducted into the World Golf Hall of Fame.

“Phil Mickelson is unequivocally one of the greatest golfers of this generation,” Norman said. “We are grateful to have him.”