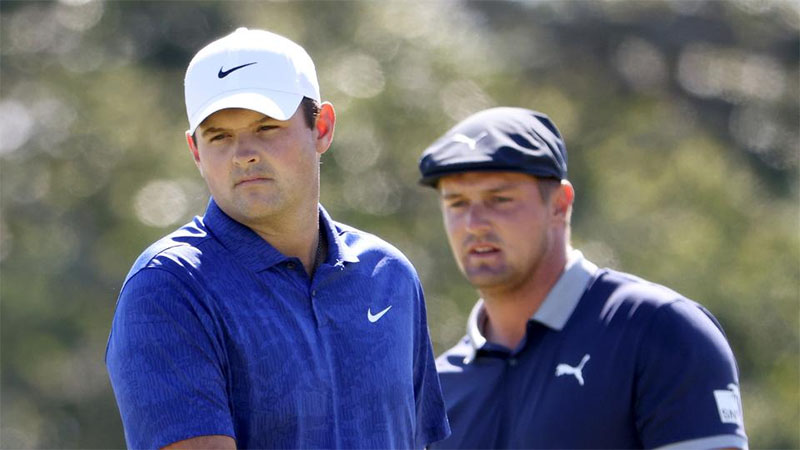 The inaugural LIV Golf event is set to begin in London on Thursday, and player announcements and the ensuing controversies have been sucking up all the air in the golf world this week. Now two more big names are reportedly taking their talents to the Saudi-funded, Greg Norman-led golf league: Bryson DeChambeau and Patrick Reed.

DeChambeau and Reed “will be announced imminently as the latest big-name players to sign up with the Saudi rebel circuit.”

DeChambeau’s agent confirmed Bryson’s involvement in a text to GOLF, writing, “Bryson has always been an innovator. Having the opportunity to get in on the ground floor of something unique has always been intriguing to him. Professional golf as we know it is changing and it’s happening quickly.”

Despite monthslong rumors linking his name to the upstart LIV series, DeChambeau denied his participation in LIV just five days ago at the Memorial Tournament.

“Me, there’s obviously a lot of conversation,” DeChambeau said. “For me, I personally don’t think that at this point in time I’m in a place in my career where I can risk things like that.”

What changed for Bryson in those few short days remains to be seen. His agent declined to provide any further comment.

The news comes on the heels of Phil Mickelson’s own announcement that he would play the LIV Golf event in London, and Dustin Johnson doing the same while also officially resigning from the PGA Tour, as Kevin Na did last week.

Mickelson faced reporters’ questions on Wednesday for the first time since leaving the public eye following his controversial comments about the PGA Tour and the Saudi Arabian financial backers of LIV Golf. You can read all about the tense, awkward press conference here.

The field for this week’s London LIV event is set, so DeChambeau and Reed won’t be teeing it up right away. The next LIV Golf event — and the first in the United States — is scheduled for June 30 at Pumpkin Ridge Golf Club in Portland, Ore.