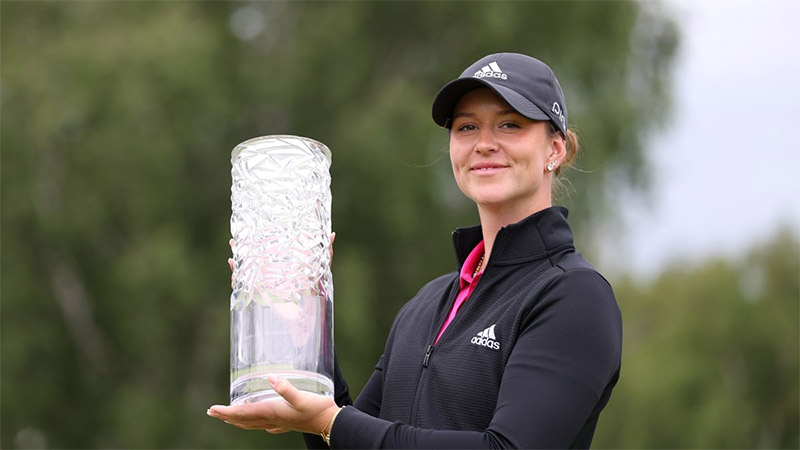 The 22-year-old was two clear of Jason Scrivener overnight and cruised to an emphatic victory with a closing 64.

She left compatriot Henrik Stenson, the event’s co-host with Annika Sorenstam, and Scotland’s Marc Warren trailing in second and was 14 shots better than the next woman, England’s Gabriella Cowley.

Grant was born just down the Swedish coast in Helsingborg, where her grandfather James Grant, also a professional golfer, emigrated to from Scotland.

“It’s huge having the crowds here and my family by my side,” she told Sky Sports. “It’s crazy.

“I’m just proud of myself and really happy. I just hope people recognise women’s golf, with more sponsors, and this pumps up the women’s game a little bit more.”

The event has been on the men’s European Tour, now known as the DP World Tour for sponsorships reasons, since 1991.

It became co-sanctioned with the Ladies European Tour in 2020 and rebranded the Scandinavian Mixed, with both male and female golfers competing, with Jonathan Caldwell winning the first edition in 2021.

Asked if she particularly wanted to beat the men in the field, Grant said: “For sure. It’s a nice feeling and the whole weekend it just felt like it was the girls against the guys and whoever picks up that trophy represents the field.”

Grant, who only turned professional late last year, came into the tournament ranked as the women’s world 156 and fired in 26 birdies and an eagle on the way to her sixth win this year.

Speaking about her boyfriend Pontus Samuelsson, a leading player on the US college circuit, who caddied for her, Grant added: “He’s been amazing, keeping me calm and doing everything right.”

Sorenstam, a 10-time women’s major winner, told Sky Sports: “What a performance. I’m so happy for Linn, running away from the field.

“This shows that we can play against each other in a fair competition. I hope people see the quality of women’s golf.”

Best Exercises for Golfers in Quarantine or at Home