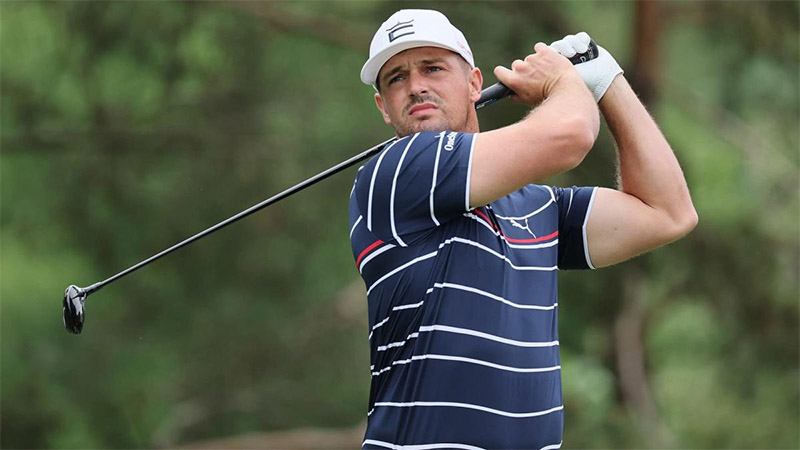 Less than two weeks after saying it’d be a “risk” to leave the PGA Tour, Bryson DeChambeau is now a member of the rival LIV Golf circuit.

“It was a business decision, first and foremost,” DeChambeau said Monday at the U.S. Open, his first public comments since LIV announced that he had joined the upstart league and planned to make his debut later this month at Pumpkin Ridge.

“That’s all there was to it. It’s given me a lot more opportunities outside of the game of golf and given me more time with my family and my future family. So for me, that was the decision.”

DeChambeau has long been linked to the Saudi-backed circuit, but after a wave of top players reiterated their commitment to the PGA Tour in February, DeChambeau fell in line, too. Last week at the Memorial he said he was planning to continue to play on the PGA Tour, against the best players in the world, telling reporters of a potential jump, “I personally don’t think that at this point in time I’m in a place in my career where I can risk things like that.”

LIV’s inaugural $25 million event was already underway outside London, and reports said that tournament officials significantly upped their offers to players. DeChambeau conceded Monday that the financial commitment – he was reportedly offered $100 million-plus to join – played a significant factor in his decision.

“There was a lot of financials to it and a lot of time,” he said. “I get to have a life outside of the game of golf as well.”

Part of DeChambeau’s future plans is a multisport complex (with a charter school attached) in Dallas, where he hopes to create a place for long drivers to hone their craft, with an eye on potentially hosting the World Long Drive Championship.

Of more immediate concern is what happens to DeChambeau’s playing opportunities. Seventeen former and current PGA Tour players were suspended last week after they competed in the LIV event without a conflicting-event release. Commissioner Jay Monahan said any future LIV players will receive the same punishment.

“It’s not my decision to make,” DeChambeau said. “That’s someone else’s decision that’s making that for me.”

DeChambeau, who intends to play the remainder of the eight-tournament LIV schedule, has not yet resigned his Tour membership and said that he’d like to continue playing in Tour events, specifically mentioning the Memorial and the Arnold Palmer Invitational. Though he was listed in the field for next week’s Travelers Championship, DeChambeau has pulled out of the event, saying that he didn’t want to be a distraction.

When asked why he still wanted to play on Tour despite being a member of the rival circuit, he said, “Because I want to play where people can see great entertainment. I want to deliver that anywhere I’m at.”

DeChambeau said he understood that his decision will be polarizing for golf fans, and he also recognized the controversial source of LIV funding through Saudi Arabia’s Public Investment Fund.

“What’s gone on has not been great,” he said, “but they’re moving in the right decision from what I can see and what we’ve had conversations about.”

After making what he called a “very difficult” decision that he’s been grappling with for years, DeChambeau said that he believes that “a lot of good will eventually come out of this.”

“At the end of the day,” he said, “it was a business decision for my family’s future, and it gave me a lot of free time, so it cleared a lot of things up for me.”