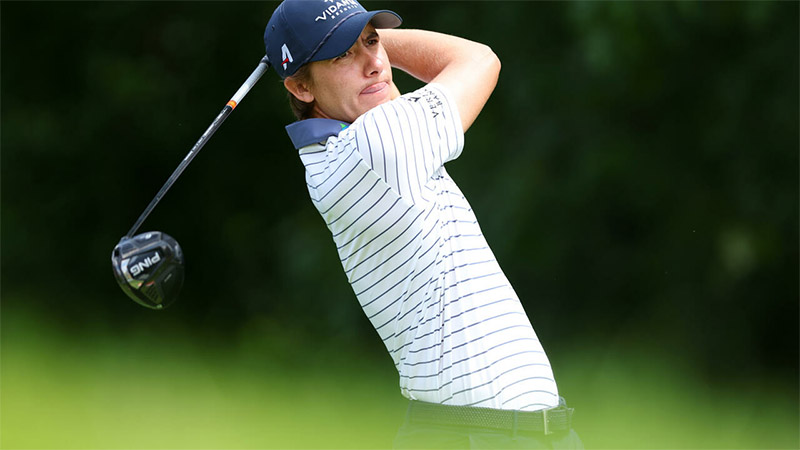 Day 1 of the LIV Golf Invitational Series’ event at North Plains, Oregon’s Pumpkin Ridge Golf Club is complete, and Carlos Ortiz sits atop the leaderboard after shooting a five-under 67.

Brooks Koepka, who made his LIV debut Thursday, is sixth after carding a two-under 70.

He’s joined by Wade Ormsby and Hennie du Plessis, who is looking to follow up his second-place finish from LIV’s London debut.

Louis Oosthuizen, Jinichiro Kozuma, Yuki Inamori, Martin Kaymer and Scott Vincent round out the top 10 and ties after they all shot a one-under 71.

Other notables include LIV debutantes Matthew Wolff, Patrick Reed and Bryson DeChambeau (all even par) as well as Abraham Ancer (one over).

Sergio Garcia is three over, as is six-time major winner Phil Mickelson (three over).

It was a rough day for Mickelson, but he did sink this long putt for birdie to move back to two-over at one point.

The team competition is also close this week, with the Johnson-led 4 Aces GC pacing the way at seven-under. This shot from DJ helped the effort.

Torque GC and Stinger GC are tied for second at five under.

Captain Hideto Tanihara, who sunk this shot from the bunker, leads Torque.

Schwartzel’s team (Stinger GC) crushed the competition at 20-under, or 14 strokes better than second-place finisher Crushers GC. He has not been as fortunate this time around with a two-over 74 thus far.

Round 2 will begin with a shotgun start at 4:15 p.m. ET on Friday. Round 3 will conclude the tournament on Saturday.