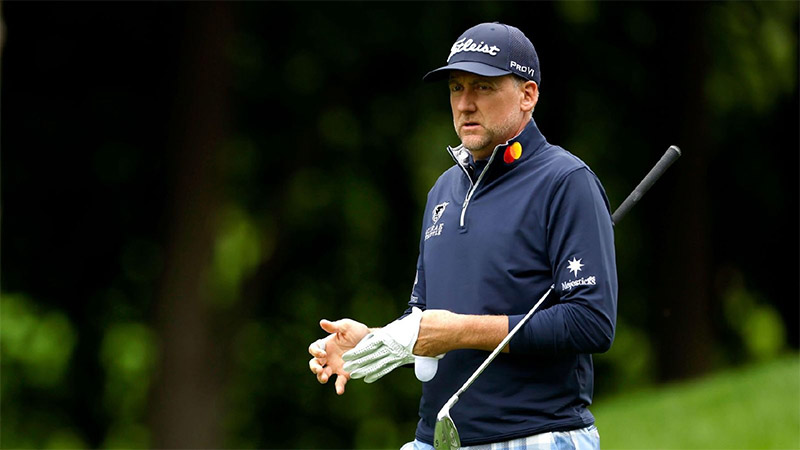 Ian Poulter, Justin Harding and Adrian Otaegui are set to play at this week’s Scottish Open after a stay on their suspensions from the DP World Tour was granted at a Sport Resolutions (UK) hearing

Ian Poulter, Justin Harding and Adrian Otaegui are set to play at the Scottish Open after their DP World Tour suspensions were temporarily lifted.

The DP World Tour issued £100,000 fines for members involved in the first LIV Golf event at the Centurion Club last month and also initially banned those players from playing the three co-sanctioned events with the PGA Tour.

Those events are this week’s Genesis Scottish Open and Barbasol Championship, along with next week’s Barracuda Championship. However, a stay was granted at a Sport Resolutions (UK) hearing which has cleared the way for Poulter, Harding and Otaegui to play at The Renaissance Club.

“I will simply say we are disappointed by the outcome of today’s hearing, but will abide by the decision,” Keith Pelley, DP World Tour chief executive, said.

“It is important to remember, however, this is only a stay of the sanctions imposed, pending the hearing of the players’ appeal as to whether those sanctions were appropriate.

“The make-up of the field for the Genesis Scottish Open will be advised in due course, but based on this decision the field size will increase beyond 156.

“We will make further comment on this in due course, but not during our time at Adare Manor [for the JP McManus Pro-Am].”

Other players who were banned have either missed the chance to appeal or were happy not to play in the tournament.

Poulter, who was among the players from both sides of golf’s divide competing in the JP McManus Pro-Am, spoke before the decision from the hearing was announced about his disappointment at being suspended by the DP World Tour.

I feel disappointed, I feel offended that obviously I’m suspended from playing golf on a tour where I’ve been a member for 24 years, but I’ve been told I can’t, so it’s disappointing,” Poulter told BBC Sport.

“I’ve put it in as an individual because I want to play so whether people want to come in on the back end of that is up to them, but my correspondence is obviously fighting for my rights to play golf.”

Another participant at Adare Manor was former Ryder Cup captain Padraig Harrington, who insisted there is room for the LIV tour to coexist with the traditional circuits.

Harrington also played down suggestions of a serious rift between the LIV rebels and the players who have chosen to remain affiliated with the PGA and DP World tours.

“Being here is a little bit like Christmas dinner or Thanksgiving for your family,” Harrington said. “You know, you could have a sibling sitting there and you could be – we’ll Americanise it – you could be a Republican, they could be a Democrat, but you’re all friends at that particular time and maybe politics isn’t mentioned over the dinner table.

“On an individual basis, this is not a difficult situation here this week. We’re all friends.

“I believe there’s room in golf for lots of tours and lots of competition. The more the merrier if you ask me, everybody will find their place and in three or four years, five years’ time, you know, things will have settled down and we’ll all know where we stand.

“At the moment there is disruption, there’s no doubt about it. But disruption is not bad at times.”

The Genesis Scottish Open will offer the strongest DP World Tour field in its history this week, with 14 of the world’s top 15 set to tee it up at The Renaissance Club in North Berwick.