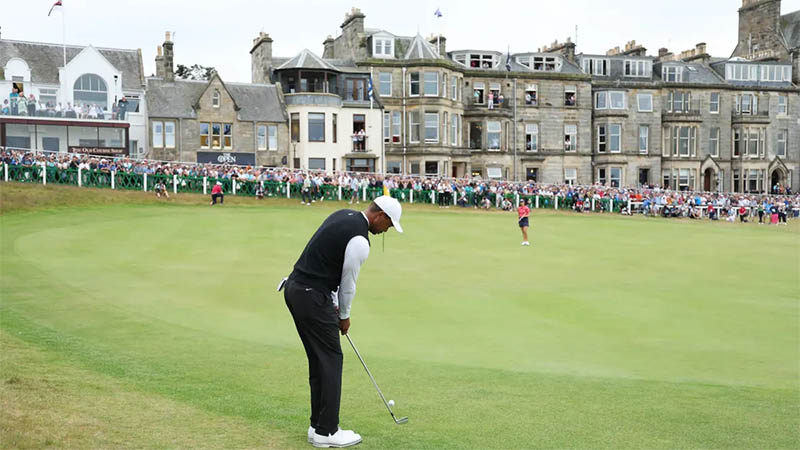 The 150th Championship, held at St Andrews, is inevitably overshadowed by questions around Saudi Arabia-backed tour

Martin Slumbers, chief executive of the R&A, wants to talk about 150 years of the Open. He wants to tell you all about the four years they’ve spent planning their sesquicentennial celebrations, the million-plus ticket applications, the record crowd of 290,000 and the 20,000 free tickets for kids. He would really like to let you know all about how much the R&A invests into the grassroots of the game, the latest participation figures and the surge in popularity after the end of the pandemic. The one thing he doesn’t want to talk about is the one thing everyone else does. LIV.

On Wednesday, Slumbers explained why the R&A had refused to invite the LIV Series’ ringman Greg Norman to take part in this week’s ceremonies even though Norman, who was presumably listed as officially “NFI” on the start list for the little four-hole Celebration of Champions tournament they held here on Monday, won the Open in 1986 and 1993. “This is a very important week for golf. This is the oldest championship. It’s the original championship,” Slumbers said. “We decided that we didn’t want the distraction.”

Which makes the R&A come across just a little bit Caddyshack. Slumbers is playing Judge Smails, so presumably Norman is about to show up any minute now in his best Rodney Dangerfield sports jacket and slacks to explain that he never wanted to be a member here anyway and the whole thing is part of his grand plan to redevelop the Old Course. “Condos over there, plenty of parking, we’ll make a fortune, believe me.”

The hard part for Slumbers is that he isn’t really able to explain why the R&A is so dead set against LIV. The obvious answer is that they don’t really want the competition. But that won’t wash. And the other is Saudi Arabia’s human rights record, which is a tricky proposition too, given that the national golf federation is an affiliate member of the R&A and has received development grants from the body in the past. The Saudi International was part of the European Tour circuit just last year. It wasn’t so long ago the authorities were encouraging the players to go.

Which is maybe why Slumbers needed a couple of mulligans to try to nail his position on the morality of it all. “Let me be very clear: abuses of human rights, acts of terrorism cannot be condoned in my mind in any shape or form.” Helpful as it was to have it clarified that the R&A does not approve of murder, the effect was somewhat undercut when Slumbers then attached a “but”. “We have a responsibility to work with many countries around the world that are affiliated to the R&A and are responsible for golf in their country.”

That isn’t about money, he said, but “golf as a force for good” and bending the moral arc of the universe towards justice one birdie at a time.