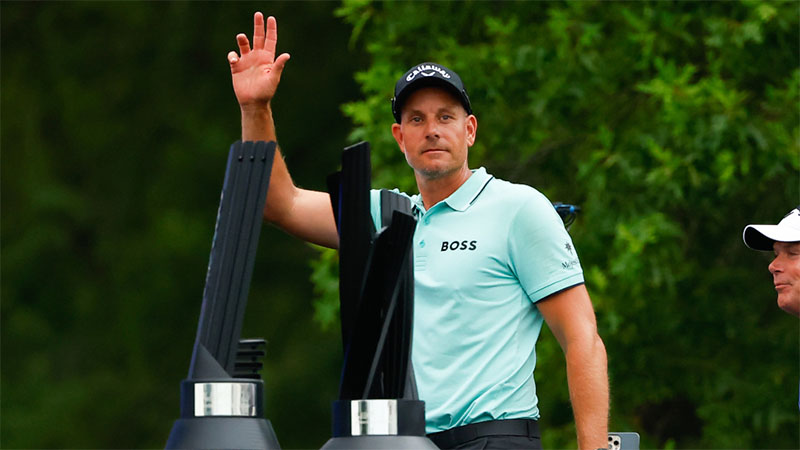 Henrik Stenson won on his LIV Golf debut as he claimed victory in the third event of the breakaway series held in Bedminster, New Jersey.

The Swede was stripped of the European team’s Ryder Cup captaincy for joining the Saudi Arabian-backed circuit.

“I guess we can agree I played like a captain,” Stenson said after his win.

“It’s been a good first week. Nice to be here with the guys and getting a feel for it.

“It’s been a busy 10 days and extremely proud that I managed to focus as well as I did.

“It was a little wobbly coming home, we haven’t finished the deal in a couple of years with any wins so it is always a little added pressure when you are in contention but I did well.”

Americans Dustin Johnson and Matthew Wolff were joint second on nine under par.

English duo Paul Casey and Lee Westwood had final respective rounds of 66 and 71 as they finished on four under.