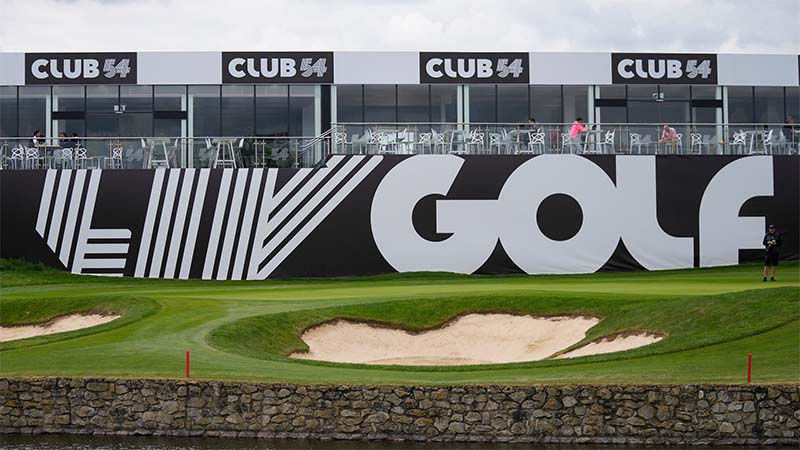 Rory McIlroy says “common sense prevailed” after three players from the Saudi-backed LIV Golf Series lost a court bid against the PGA Tour to play in the FedEx Cup Play-offs.

The PGA Tour has suspended members for taking part in the breakaway series.

Australian Matt Jones and Americans Talor Gooch and Hudson Swafford sought a temporary restraining order, so they could play the first event this week.

However US District Judge Beth Labson Freeman sided with the PGA Tour.

The trio claimed the suspension was causing them “irreparable” harm.

But the judge, in her ruling, said the lucrative payments offered by LIV “are based upon players’ calculations of what they were leaving behind”.

Northern Ireland’s McIlroy, who has criticised the series, said: “From my vantage point, common sense prevailed and I thought it was the right decision.

“It lets us focus on the important stuff, which is the golf. We can all move forward and not have that sideshow going on for the next few weeks, which is nice.

“I don’t feel like it’s my job to be up here and sticking up for the PGA Tour or being a spokesperson; it’s just the role I have found myself in.

“I feel when I then get myself inside the ropes I feel that no-one can get to me and that’s really nice. It’s made the golf more enjoyable – if anything it has probably helped my golf.”

LIV Golf said it was “disappointed” in the judgement, adding: “No-one gains by banning golfers from playing.”

The three are among 11 players – including Phil Mickelson and Ian Poulter – contesting their suspensions with an anti-trust lawsuit against the PGA Tour.

However, only Jones, Gooch and Swafford had been seeking the restraining order to allow them to take part in the FedEx Cup Play-offs.

The $75m (£62m) three-tournament event starts in Memphis on Thursday.

McIlroy said that he has “a little more respect” for the LIV Golf players who did not put their names to the suit.

He added: “It’s become a little more personal because of that.”

“And they got their fair share of a large, large amount of cake – go eat it on your own means. You don’t need to bring it on to our tour.”

Earlier, world number one Scottie Scheffler had spoken of his frustration at seeing the players suing the PGA Tour.

“Those guys kind of made their decision to go join another tour and they broke the rules and regulations of our tour, and now they’re trying to sue us, which is definitely a bit frustrating,” Scheffler said.

“It’s kind of part of it now. Guys are going to leave. There’s another tour going on and now they’re suing us, so there’s a lot going on.”

Reports in Australia have claimed Open champion Cameron Smith and Australian compatriot Marc Leishman will be among those players joining LIV Golf in the near future.

Smith would not be drawn on the matter when asked on Tuesday.

Scheffler, though, has ruled out being among their number, despite the $25m (£20.72m) purse on offer at its events, saying it was never his “dream” to chase “financial benefits”.

“The PGA Tour is where I want to play and it continues to be the place where the best golfers in the world play.”