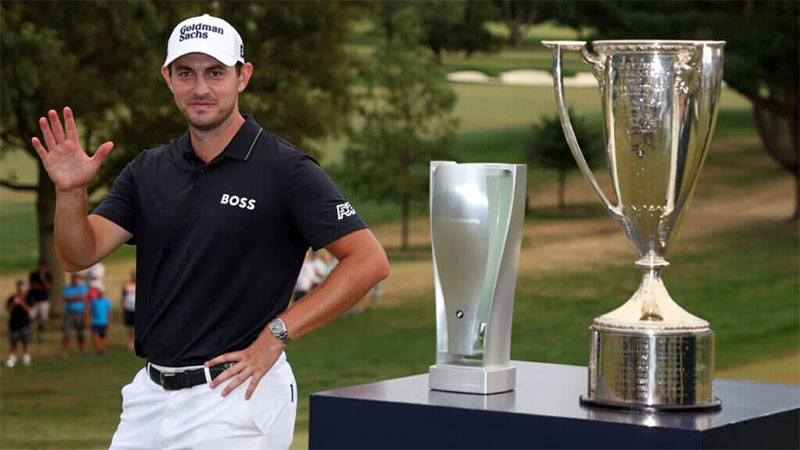 American Patrick Cantlay became the first player to successfully defend a tournament in the FedEx Cup post-season by retaining the BMW Championship.

A final-round 69 at Wilmington secured a one-shot victory for the world number four over compatriot Scott Stallings.

He birdied 17 and although he found sand off the 18th tee, he scrambled to make a tap-in par for a 14-under total

“I hit a lot of solid shots then I got a couple of breaks,” said Cantlay, who began the back nine two off the lead.

“I played a lot of great golf this week and I’m happy to come out of here with the win.”

Cantlay’s triumph means he will start next week’s season-ending Tour Championship in second place in the FedEx Cup standings.

In the unique staggered-start tournament – which is decided by each players’ FedEx performances so far – Cantlay will begin on eight under, two shots behind over leader Scottie Scheffler.

Scheffler finished in a tie for third in Wilmington, Delaware, with Olympic champion Xander Schauffele on 11 under.

Rory McIlroy will tee off in Atlanta on four under after a closing 69 which included birdies on his last three holes to give the four-time major winner a share of eighth.

However, McIlroy’s Ryder Cup team-mate Shane Lowry missed out on a spot in the 30-man field at East Lake by a single place despite a final round of 68.

The former Open champion looked set to qualify after his fifth birdie of the day on the 14th, but the Irishman three-putted the 17th for a costly bogey.