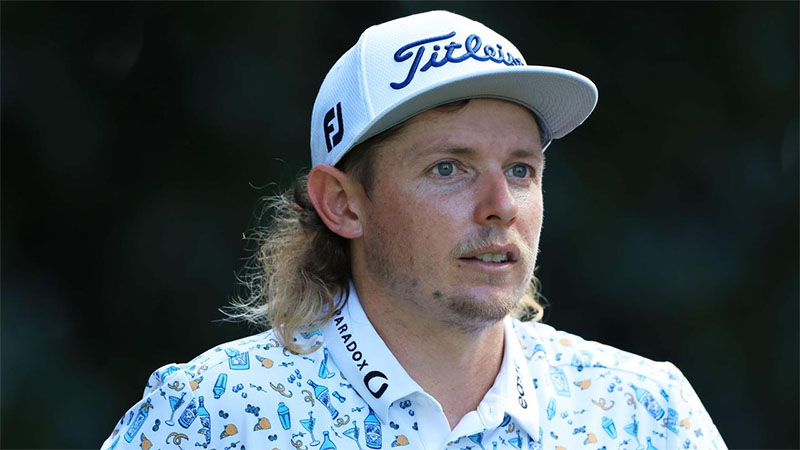 Open champion Cameron Smith says it will be “unfair” if LIV Golf players are not allowed to play in majors.

The Australian world number two switched from the PGA Tour to Saudi-backed LIV on Tuesday.

LIV players were allowed to compete at the US Open in June and July’s Open Championship but there is no guarantee they will play in majors going forward.

“To the fans of major championship golf, it may be a little bit unfair on them,” Smith said.

The 29-year-old added: “I think majors is about having the best guys in the best field on the best golf courses. Hopefully we can sort that out.”

Players need to get ranking points in order to participate at majors which LIV golfers are not receiving.

Smith, who will make his LIV debut on Friday at the LIV Golf Invitational Boston, said: “To have 48 of the best guys around the world playing and not to get world ranking points, I think is perhaps a little bit unfair.”

Smith’s compatriot Marc Leishman says the majors could be without top players such as Dustin Johnson, Bryson DeChambeau and Sergio Garcia – all of whom play for LIV.

“As far as the majors and all that go, I think it could potentially hurt them having some guys potentially miss out because they are not offered world ranking points here,” Leishman said.

“As a golf fan that’s hard for the top tournaments, but hopefully it sorts itself out.”

Meanwhile, two-time Masters champion Bubba Watson is “praying” he can still play at the first major of 2023 in April after making the move to LIV.

“It’s a weird situation, being a Masters champion,” Watson said. “Augusta, right now, we can play in it, and I’m hoping, and praying, that they make the right decisions and past champions [can play].

“If they tell me that I can’t go, being a past champion, then I don’t want to be there anyway because that’s just the wrong way to look at it.”

Nine-time major winner Gary Player has said LIV players should not expect to play in majors after leaving the PGA Tour or DP World Tour to take part in the lucrative series.

“If you are going to join the LIV Tour, don’t make a big fuss about it! Everybody’s making such a big fuss! Let them go! If they want to go, they’re going. But the PGA Tour is still the tour of the world. This is where you can realise and fulfil your dreams, and be a champion.

“But when they go, they’ve declared war on the PGA Tour. They must not expect to play Ryder Cup, and Presidents Cup, play in the majors and all those things. You can’t have your cake and eat it. That’s the bed you’ve chosen, that’s the bed you’ve got to lie in.”

On Sunday, LIV Golf delivered the chaotic finish it has been promising