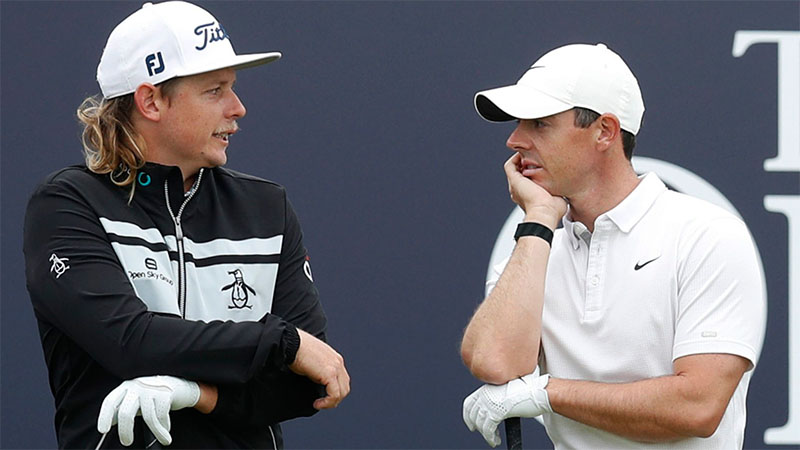 Rory McIlroy has been nominated for the PGA Tour’s Player of the Year award alongside world number two and recent LIV Golf recruit Cameron Smith.

World number one Scottie Scheffler, who won four tournaments in the 2021-22 season, has also been shortlisted.

The 29-year-old Australian, who also won the PGA Tour’s Sentry Tournament of Champions in January, tied for fourth on his debut in the Saudi-backed LIV circuit in Boston on Sunday, earning $1.5m (£1.3m).

Smith joined LIV Golf following the culmination of the FedEx Cup, becoming the highest-ranked player to link up with the controversial tour.

Players competing in the LIV series are currently barred from playing in PGA Tour events, although the DP World Tour has temporarily lifted suspensions.

World number three McIlroy, who has been one of LIV’s most vocal critics, won the season-ending Tour Championship to claim his third FedEx Cup having also won the CJ Cup and Canadian Open.

The Player of the Year award will be determined by a vote of tour members who played in at least 15 FedEx Cup events during the season, with voting to close on Friday.

On Sunday, LIV Golf delivered the chaotic finish it has been promising