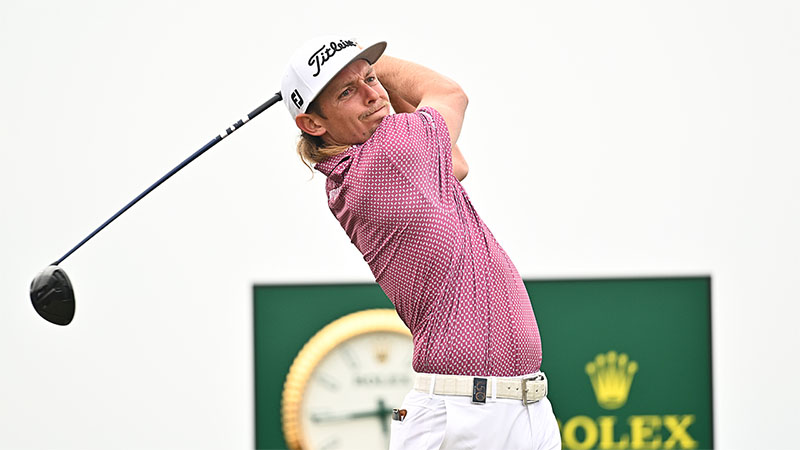 Smith had a reserved parking space and more at TPC Sawgrass

The latest chapter in the feud between LIV Golf and the PGA Tour revolves around the No. 2 player in the world, Cameron Smith, who just joined the Saudi-backed tour.

Smith won last year’s Players Championship at TPC Sawgrass, and one of the perks of that victory is a reserved prime parking space with the winner’s name in front of the clubhouse in Ponte Vedra Beach, Florida.

The win also earned Smith the right to play there whenever he chooses.

However, TPC Sawgrass GM Derek Sprague told Golfweek both of those privileges have been revoked.

“If they go to LIV, they don’t have any of their tour privilege at TPC properties,” Sprague said.

A replica bag of Smith’s winning clubs was also removed from the Sawgrass pro shop, according to Golfweek.

Smith has lived right down the street from Sawgrass since 2015 and has trained there. But he is entirely focused on LIV Golf.

Smith is confident LIV Golf is the future of the game, and, of course, the money’s pretty good.

“[Money] was definitely a factor in making that decision. I won’t ignore that or say that wasn’t a reason,” Smith told Golf Digest. “It was obviously a business decision, for one, and an offer I couldn’t ignore.”

Smith also said the schedule is “really appealing.” It’s been another big draw for the tour. There are only eight events per year, and coupled with the lucrative contracts these golfers are signing, it allows them more time to be with family.

“I’ll be able to spend more time at home in Australia and maybe have an event down there, as well. I haven’t been able to do that, and to get that part of my life back was really appealing,” Smith said.

Five other golfers joined LIV Golf with Smith prior to the tour’s event in Boston this past week — Joaquin Niemann, Harold Varner III, Marc Leishman, Cameron Tringale and Anirban Lahiri.

LIV Golf was also recently added to an antitrust lawsuit against the PGA Tour, which Phil Mickelson and other golfers started. It claims players’ indefinite suspensions were aimed at hurting their careers.