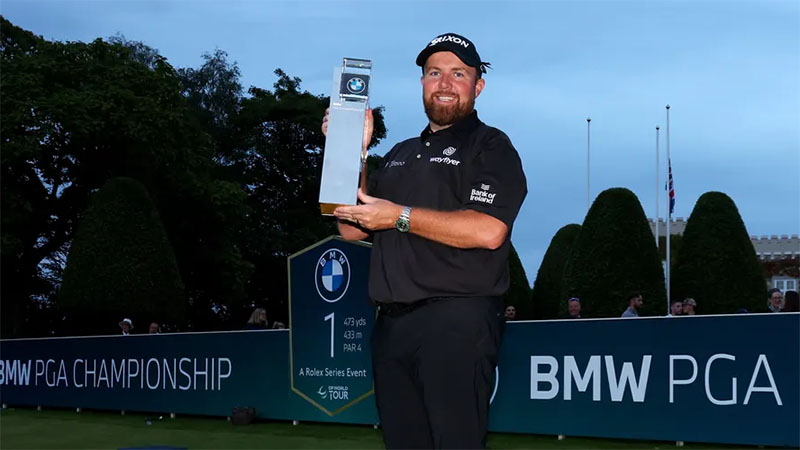 Lowry, 35, birdied the 18th to beat Jon Rahm and Rory McIlroy by one stroke.

Spain’s Rahm played the last 10 holes in nine under in a 62 but Lowry birdied 18 to sign for a 65 while McIlroy failed with a putt to force a play-off.

Lowry said at the start of a week that began with much talk about the LIV Golf players being able to compete that he “can’t stand” them being in the field.

The former Open champion reiterated his feelings after his victory at Wentworth, saying: “I made no secret how I feel about the whole thing.

“I wanted to go and win the tournament for myself and those who have stayed loyal and done everything for the tour. This is one for the good guys.”

The event in Surrey was suspended on Thursday evening following the death of Queen Elizabeth II, the UK’s longest-serving monarch.

Players, caddies and officials paid tribute to the Queen with a two-minute silence when play resumed on Saturday, with the tournament reduced to 54 holes.

It was Lowry who finished at the top of a high-class leaderboard in the DP World Tour’s flagship event as he claimed his first win since the 2019 Open.

He told Sky Sports: “I am the happiest man in the world. It means a lot to win, it has been a good year, I have been close a few times and I really wanted to win one.

“This one was right at the top of the list, I love it here and contended in the past. The bad shots over the years started creeping into my head, but I am so happy.

“I got to 16 [Rahm’s score] then had to worry about Rory behind me, who can do anything on the last few holes. I am playing the best golf of my life.”

Like Lowry, McIlroy has also been a staunch opponent of LIV Golf and said in the lead-up to the tournament that competing against players from the breakaway would be “hard for me to stomach”.

On the course it was almost the perfect response from the FedEx champion but an eagle and four birdies in a final round that saw him hit several poor iron shots were not enough for the four-time major winner to win a sixth event of his season.

He had a good chance to eagle the 18th and tie Lowry but his putt missed by a couple of millimeters.