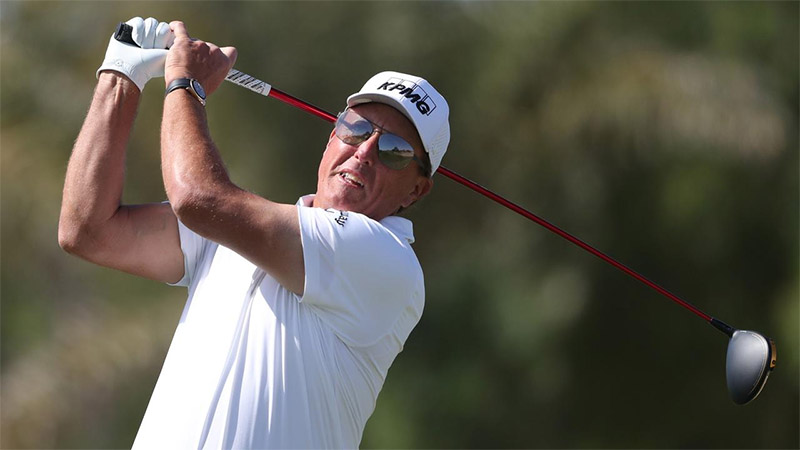 The New South Wales government is “ready and willing” to have discussions with Greg Norman in a bid to bring the Saudi-backed LIV golf tour to Sydney, the state’s sports minister has said.

Amid increasing speculation Norman is seeking to bring the controversial breakaway tournament to Australia, the minister, Alister Henskens, confirmed he was open to hosting the multimillion-dollar rebel series.

“With some of the best courses in Australia, NSW is the perfect place to host major golf tournaments,” he told the Guardian.

“We are ready and willing to have discussions about bringing more professional tour events to NSW.”

On Wednesday Norman was quoted in the Daily Telegraph as saying unnamed state governments were “putting taxpayers’ money on the table” to lure the tour to Australia.

Norman told the Telegraph he had “already held talks with state ministers” in a bid to secure a course to host an event as soon as April next year.

He said “conversations have been had” and negotiations “will probably pick up here in the next week”.

The Guardian understands Norman has been shopping the prospect of hosting a LIV Golf event to a number of clubs in Sydney, but is yet to have formal discussions with Henskens, who has only been in the role since last month.

The rebel series has been highly controversial due to its financial links to the repressive Saudi regime, but Henskens said in a statement NSW wanted to “attract the biggest and best events to our state”.

“NSW has more than 166,000 registered golfers, upwards of 370 courses and the game has an economic impact of about $1.3bn annually to the NSW economy.”

Both the Queensland and Victorian governments told the Guardian on Wednesday they had not been approached by Norman, nor had any conversations with the breakaway league.

“Representatives of the LIV Golf Series have not made contact with my office, nor have any offers been made to hold a LIV Golf event in Queensland,” Queensland’s sport minister, Stirling Hinchliffe, said.

Hinchliffe’s office did not rule out the prospect of the state hosting the LIV tour, but his spokesperson said Tourism and Events Queensland “has a very good relationship with PGA Australia”.

A spokesperson for the Victorian sports minister, Steve Dimopoulos, said his state had not spoken to the rebel tour, no proposals had been submitted and the government was “getting on with delivering major international events that support local jobs and businesses”.

Norman has been the focus of substantial criticism within the golf world – as well as from human rights groups – for his involvement as a figurehead for LIV Golf.

The tournament has managed to attract some of the sport’s most high-profile stars – including the Open-winning Australian Cameron Smith – on lucrative deals.

But human rights groups, including Amnesty International, have accused Norman and the golfers who have signed up to the series of “sportswashing” – the use of sport by oppressive governments to legitimise their regimes and distract from human rights abuses.

Norman was fiercely criticised after describing the murder of journalist Jamal Khashoggi inside the Saudi consulate in Istanbul as a “mistake”, adding the Saudi government “wants to move forward”.