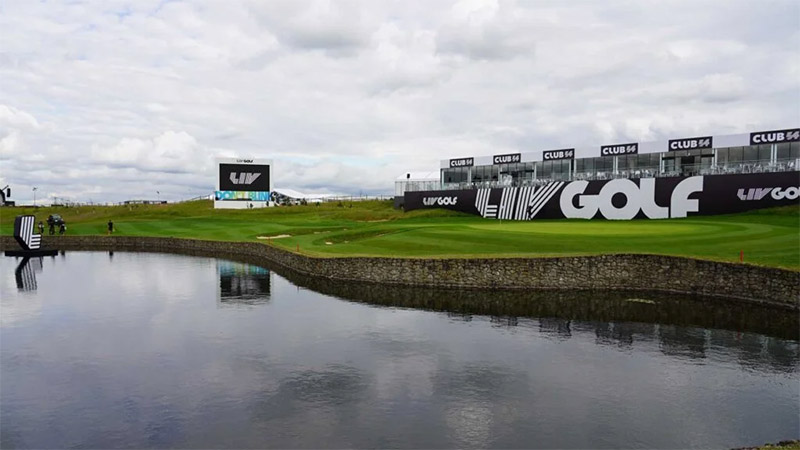 WASHINGTON: Players in the Saudi-backed LIV Golf Series pushed for retroactive world ranking points on Tuesday in an open letter to rankings board chairman Peter Dawson.

The letter, signed by all 48 participants in last week’s Chicago Invitational, asks for recognition of the 54-hole, shotgun start events alongside other world tours where players get ranking points for 72-hole tournaments with much larger fields.

“An OWGR (Official World Golf Rankings) without LIV would be incomplete and inaccurate,” the players said, comparing it to England, Argentina and Belgium being left out of the FIFA rankings.

LIV says it has sought world ranking points for the past two months.

Obtaining world golf ranking points is a vital step for LIV players if they hope to qualify for majors based upon their world ranking, what could be a pivotal step in playing in future major championships.

LIV players were allowed in this year’s US and British Opens, the tour’s June debut coming after qualifying for those events.

“The level of competition at the average LIV event is at least equal to that at the average PGA Tour event,” the players claimed. “We know because we’ve played in both.”

The letter points out LIV has 21 of the past 51 major winners and notes Johnson’s fall from 13th to 22nd in the world rankings despite a win, runner-up and third-place LIV finish.

“Every week that passes without the inclusion of LIV athletes undermines the historical value of OWGR,” the letter said.

The players took issue with the rankings board and connections by four of eight members to the PGA Tour, “which unfortunately views LIV Golf as an antagonist.”

“The current overwrought environment makes your own judgment crucial,” the players told Dawson. “We call on you to render a positive decision quickly — for the benefit of the integrity of the rankings, the game and all of us who love the sport.”