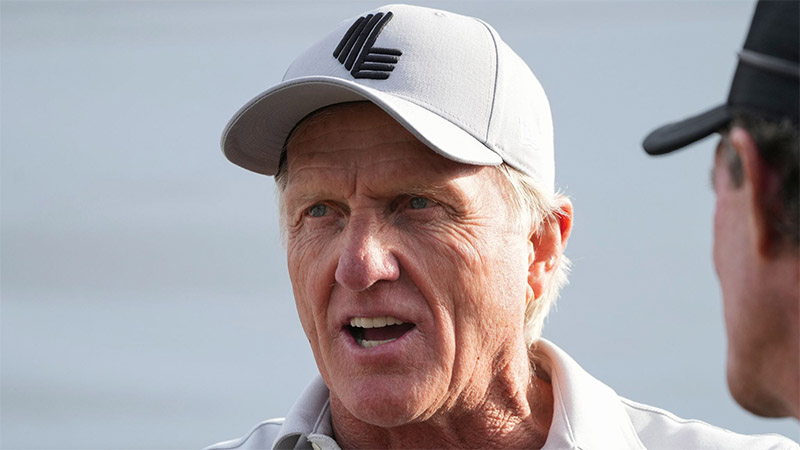 LIV Golf CEO and Commissioner Greg Norman has insisted that a women’s golf league is in the “forefront of my mind” as the breakaway venture continues to earmark areas for growth.

Speaking to the Herald and The Age, the Australian said: “That’s always been in the forefront of my mind to be honest with you because I have been a staunch proponent of them.

“I’ve played with a lot of LPGA players over the years and I think their value has risen recently, there’s no question about it. If there’s an opportunity for us to have an open conversation and dialogue with women, I’m very much at the forefront of that.”

Earlier this year, LPGA Tour Commissioner Mollie Marcoux Samaan hinted that she would engage with LIV Golf if it can help promote the women’s game. “I would engage in a conversation if it would achieve our aim of promoting women’s golf but there needs to be input from players and sponsors. There’s a lot of factors to consider before we do business with LIV Golf,” she said.

Whilst the enormous financial investment of the Saudi-backed organisation could raise the profile, and purses, of the women’s game, it is not without controversy, which perhaps explains Marcoux Samaan’s wariness at striking a deal with the Greg Norman-fronted group.

The immediate focus for Norman however, is the launch of the 2023 Golf League: “Right now to be honest with you, I’m completely locked and loaded with what we’re doing because we’re launching the [men’s] league in 2023, and we’ve got a lot of work to do to get that up and running.”

The LIV Golf Series will rebrand to the LIV Golf League from 2023, with 48 players and 12 established team franchises competing in an expanded 14-tournament schedule – and an enormous $405m total prize purse, a huge increase on the $225m on offer for this year’s eight-tournament Series.

One of its priorities will be to formalise television broadcasting rights, with numerous reports suggesting a deal with Fox Sports 1 is nearing. The deal will purportedly see LIV Golf purchase airtime from the media giant and in turn sell its own commercial asset to make the deal financially viable.

The former World No.1 played down the reports, asking that “no one should draw any conclusions about potential media rights given that we are still in the middle of negotiations with several outlets.” He added: “We’re in discussions right now and we have a lot of NDAs [non-disclosure agreements] signed by broadcasters.”

Should an agreement between LIV Golf and Fox Sports be reached, it would be somewhat of a full circle for the venture’s CEO and Commissioner. Norman was with the media company as their Lead Golf Analyst for a little over a year before they parted ways in 2015.

Brooks Koepka has Harsh Words for himself, Praise for Dustin Johnson Ending 2020