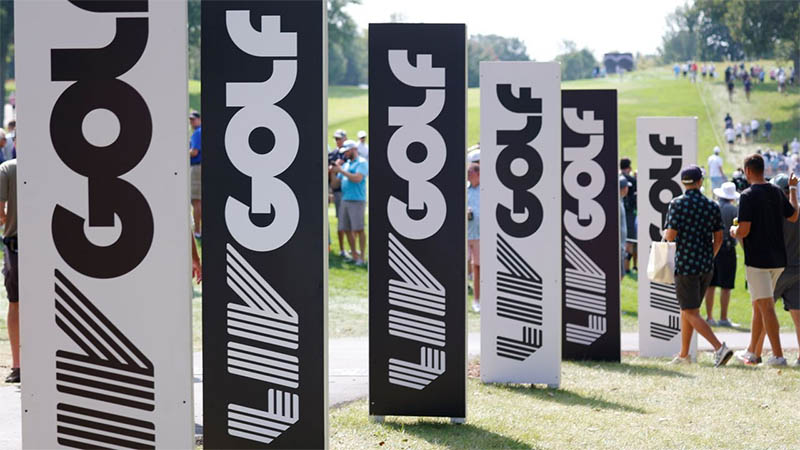 The MENA Tour – a Dubai-based golf tour that has offered world ranking points since 2016 – announced on Wednesday a “strategic alliance” with LIV Golf that would see all its events added to their schedule and all members of the Saudi-backed circuit joining their tour.

LIV Golf believed the move may make their events eligible to receive official world ranking points, potentially as soon as the Thailand tournament beginning on Friday, although the OWGR said it had been given insufficient notice of the development and that a decision would only be made following a review.

On Friday, MENA tour commissioner David Spencer responded by insisting this week’s Bangkok event should receive world ranking points and not be “treated any differently to any MENA Tour event, every one of which has received OWGR since we were accepted into the OWGR framework in 2016.”

He also added: “Not including our event in this week’s OWGR render the results and subsequent player movements inaccurate.”

In a statement earlier this week, the OWGR said: “Official World Golf Ranking (OWGR) received a communication from the MENA Tour on October 5th, 2022, at 13:05 BST. The communication detailed significant changes to the MENA Tour’s membership structure along with an outline of the initial series of tournaments in the 2022/23 MENA Tour season.

“OWGR notes that the first two tournaments in this series appeared to be the same as the LIV Golf Invitational Series tournaments in Bangkok and Jeddah. The communication from the MENA Tour included a starting field data file for the Bangkok tournament, confirming that to be the case.

“Only after the review is complete will a decision be made on awarding points to the MENA Tour’s new “Limited Field Tournaments”, defined by the MENA Tour in its Regulations as “any MENA Tour-approved tournament, which comprises of a player field of less than 80 players”.

All 48 players who competed at LIV Golf’s event outside Chicago last month sent a joint letter to OWGR chairman Peter Dawson, urging him to award ranking points to competitors, although the application for their own world ranking status remains under review.

The LIV Golf League will officially launch in 2023 with 48 players and 12 established team franchises competing in a 14-tournament schedule. Venues are yet to be confirmed and world ranking status for those tournaments remains unclear, although events are expected in North and Latin Americas, Asia, Australia, the Middle East and Europe.

“I think we deserve them [world ranking points],” Dustin Johnson said. “I think obviously with the quality of players we have out here, the events we’re having, we should have them. I think it’s fair. I think it’s very smart and strategic the way they’re going about it, but hopefully they make the right decision and give us World Ranking points.”

The first five events of the inaugural season were played without world ranking points on offer, with Charl Schwartzel winning the opener in London, Branden Grace prevailing in Portland and Henrik Stenson triumphing in Bedminster, before Johnson and Cameron Smith claimed the next two victories.

“Obviously none of us are playing events where you get points, so we kind of keep slowly moving down,” Johnson added. “I don’t see that happening [points being reinstated for earlier events], though, which is okay.

“At least going forward, hopefully we’ll have them, because like I said, it’s supposed to be a fair and non-biased organisation that is for golf, which is exactly what we’re doing. Hopefully they’ll make the right decision and give us World Ranking points.”

Royal Greens Golf Club – the site of the Saudi International in recent years – hosts the seventh event from October 14-16, with the season-ending Team Championship at Trump National Doral Miami from October 27-30.

The format changes in the Team Championship, which is a seeded four-day, four-round, match play knockout tournament. The top four seeds automatically receive a bye through the first round, with the remaining eight teams playing against each other to see who reaches the quarter-finals.