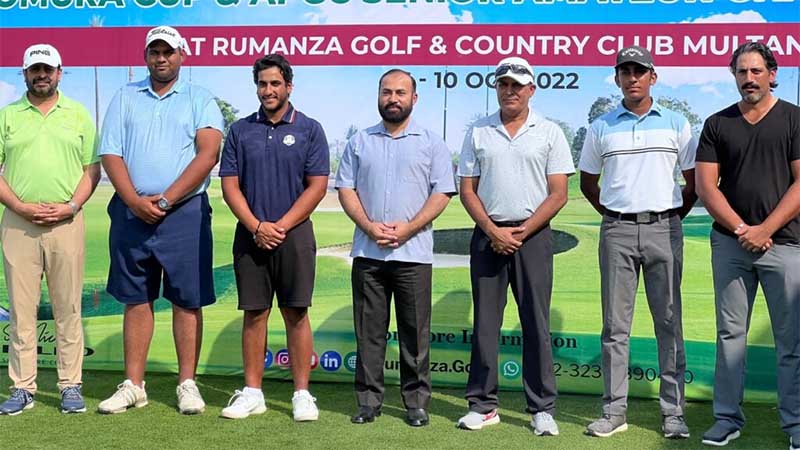 LAHORE: A team of four, including a reserve, has been picked after four-day trials conducted by the Pakistan Golf Federation (PGF) at Rumanza Golf Course in Multan for participation in the Nomura Cup.

The fourth day, however, culminated in favour of 16-year-old school boy Saad Habib Malik of Rumanza Club. All through the final 18 holes, Saad Habib put on display high calibre golf as he had regulation pars on the concluding five holes (from 13th to 17th hole) and on the finishing 18th hole he hit a marvelous bunker shot to score an exquisite par.

In the final standings, Syed Saim Shazli of Karachi slipped to second position with four rounds scores of 69, 77, 73 and 74 and an aggregate of 293 and he lost the top position to Saad Habib by a margin of one stroke. The double bogie on the concluding 18th hole pushed him to second place.

Five aspirants ended up at a score of 301 who were Qasim Ali Khan, Hussain Hamid, Osama Nadeem Salman Jehangir and Rao Hassan. Out of these five Qasim Ali Khan gets selected as the reserve player as he had better scores in the last two rounds.