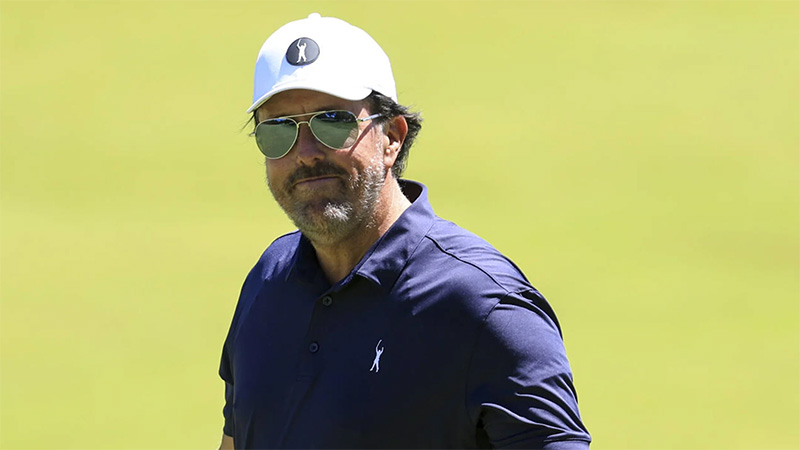 Phil Mickelson has said that by joining the LIV Golf series he has picked the “winning side” in the dispute that has dominated the sport this year.

The six-time major winner is one of several high-profile players who have left the PGA Tour for the Saudi-backed breakaway circuit.

Speaking before the LIV event in Jeddah, Saudi Arabia, Mickelson reiterated his belief in the project.

“I think going forward you have to pick a side,” said the 52-year-old.

“You have to pick what side do you think is going to be successful.

“I firmly believe that I’m on the winning side of how things are going to evolve and shape in the coming years for professional golf.”

LIV Golf, which offers a $25m purse at its events and is fronted by two-time major winner and former world number one Greg Norman, has caused deep divisions in the sport since its launch in June.

Major winners Brooks Koepka and Cameron Smith and former world number one Dustin Johnson are among other players who have left the PGA Tour to join LIV.

Last month, the PGA Tour launched a counterclaim against a lawsuit from LIV, saying the series offered players “astronomical sums of money” to breach their contracts so they could help “sportswash the recent history of Saudi atrocities”.

“Until both sides sit down and have a conversation and work something out, both sides are going to continue to change and evolve,” added Mickelson, who reportedly received a $200m (£176.3m) fee for joining LIV.

“And I see LIV Golf trending upwards, I see the PGA Tour trending downwards and I love the side that I’m on. I love the way they involve us and listen to us in decisions.”

Following the final individual competition in Jeddah, a season-ending team championship event will be held in Miami between 28-30 October, which will see 12 teams compete for a $50m (£45.2m) prize.

There are currently no world ranking points on offer for those that have chosen to join the series.

Cameron Smith settles into life on LIV, but one ‘heartbreaking’ concern remains

‘Not even close to that:’ Tiger Woods’ lucrative LIV offer clarified in report