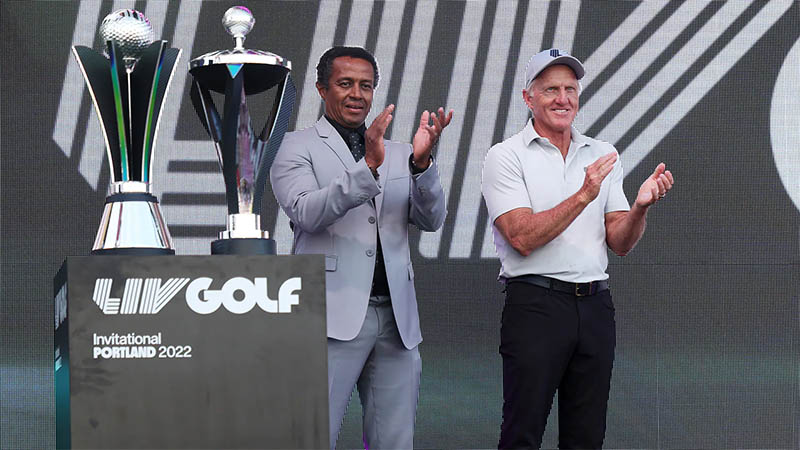 In a feature story this week in the New Yorker about the Saudi-backed circuit, Majed Al Sorour, CEO of the Golf Saudi, discussed how his league would respond should LIV golfers not be able to compete in the majors. Without LIV events getting Official World Golf Ranking accreditation, players could fall in the rankings and lose an avenue to qualify. Potentially, too, the groups that run the majors could outright prohibit LIV players from competing, as has the PGA Tour. From the piece:

There was speculation that the Masters might ban LIV players. “For now, the majors are siding with the Tour, and I don’t know why,” Sorour said. “If the majors decide not to have our players play? I will celebrate. I will create my own majors for my players.” He went on, “Honestly, I think all the tours are being run by guys who don’t understand business.”

The comments were panned; despite LIV’s opulent payouts and purses, what constitutes a major is not distilled to a dollar sign. However, in a statement Thursday, Sorour said the story “misrepresented” his views while acknowledging his frustration at the “blackballing” of LIV Golf.

“I had a casual conversation with a New Yorker reporter at LIV’s Boston event a few weeks ago, during which I expressed my frustration at the unfortunate blackballing of LIV Golf players by the PGA Tour,” Sorour said in a statement. “When it comes to the majors, tournaments that stand alone and are independent of LIV, I have the utmost respect for the majors. The majors are about history, heritage, true competition and honor.

“The story wrongfully expressed and misrepresented my views. The majors are indeed the best platform where LIV golfers and other tour golfers can compete, despite the PGA Tour’s suspension of our players. As a LIV Golf board member and managing director, I am here to accomplish our LIV Golf investment chairman and the board’s strategic direction by building a team, growing the game and defending player rights. That is my only interest.’’

LIV Golf wraps up its inaugural season with a $50 million team championship at Trump Doral next week.

Rory McIlroy returned to the top of the world rankings for the first time in more than two years by retaining his CJ Cup title in South Carolina.