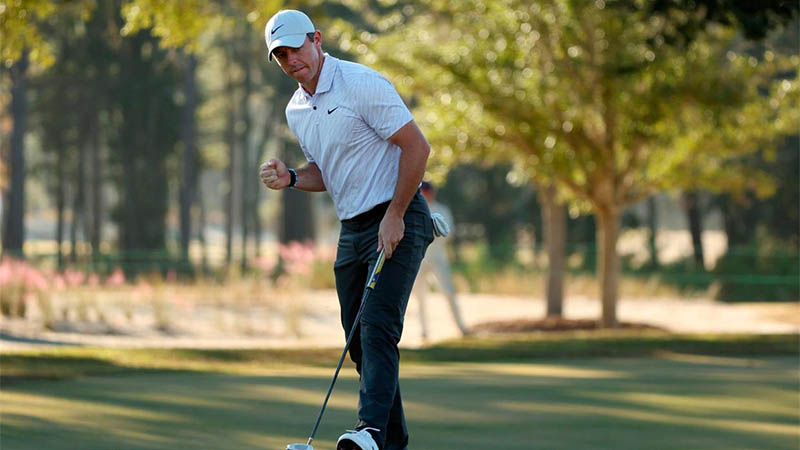 Six-time major winner Phil Mickelson says the breakaway Saudi-backed LIV Golf Series is a “force in the game that is not going away” after world number one Rory McIlroy expressed fear of an “irreparable” split.

The LIV season concludes at the Trump National club at Doral, near Miami, this weekend with a team championship featuring an eye-watering $50 million purse.

The animosity LIV’s breakaway has caused has left McIlroy worried for the game, but at the media launch for the event, Mickelson said LIV Golf had already defied expectations and was here to stay.

“If I’m just looking at LIV Golf and where we are today to where we were six, seven months ago and people are saying this is dead in the water, and we’re past that, and here we are today, a force in the game that’s not going away,” he said.

Sitting on a platform with British Open winner Cameron Smith, former Masters winner Bubba Watson and English Ryder Cup favourite Ian Poulter, Mickelson said the quality of talent in the LIV series was “moving professional golf throughout the world and (creating an) excitement level in the countries around the world.”

“It’s pretty remarkable how far LIV Golf has come in the last six, seven months. I don’t think anybody can disagree with that,” the American said.

Mickelson declined to respond directly to McIlroy’s comments, saying there would be time after the final LIV event of their debut season to discuss broader issues.

The American was quick to praise McIlroy for his recent success in winning the PGA Tour’s CJ Cup and returning to the world number one ranking spot but said he didn’t want to distract from LIV’s finale.

McIlroy had told the British newspaper The Guardian on Wednesday that the polarisation of the sport into two rival camps was damaging.

“This ‘us versus them’ thing has gotten way out of control already,” said the Northern Irishman.

The conflict has gone beyond statements from players and is now in the legal sphere with several lawsuits already begun.

“If the two entities keep doubling down in both directions, it’s only going to become irreparable. We are going to have a fractured sport for a long time. That is no good for anyone,” said McIlroy.

But while the 33-year-old talked of the danger of polarisation in the sport, he also took aim again at former teammates from the Europe Ryder Cup side who had signed up for LIV.

“It’s a weird thing. I think it is the first time in my life that I have felt betrayal, in a way,” he said. “It’s an unfamiliar feeling to me. You build bonds with these people through Ryder Cups and other things. Them knowing that what they are about to do is going to jeopardise them from being a part of that ever again?”

One of those teammates, Poulter, objected to the terminology used by McIlroy. “A betrayal? We can still qualify for the team as far as I’m aware. Unless we’ve been told we can’t qualify, then I’m still ready to play as much as I possibly can and try and make that team,” he said.

While the US PGA Tour swiftly suspended its defectors effectively ruling them out of competing in the biennial team competition, the situation is less clear with the European team given the DP World Tour has yet to deliver sanctions.

Poulter said his desire to compete for Europe was beyond doubt. “My commitment to the Ryder Cup I think goes before me,” he said. “I don’t think that should ever come in question. I’ve always wanted to play Ryder Cups and have played with as much passion as anyone else that I’ve ever seen play a Ryder Cup.

“You know, I don’t know where that comment really has come from, to be honest.”