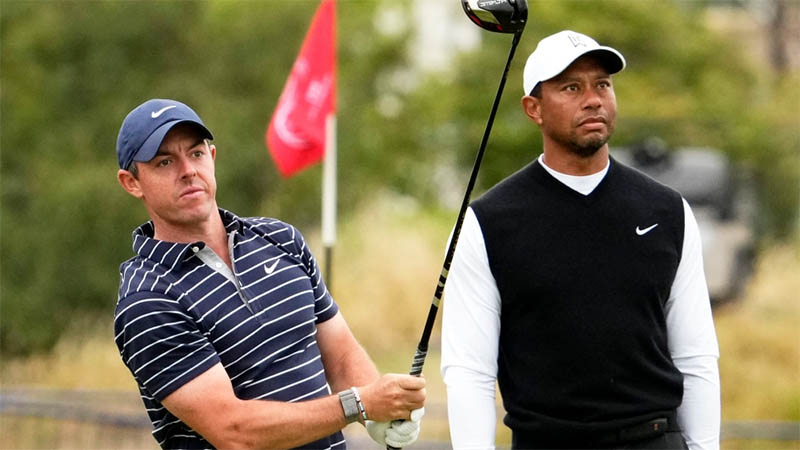 Tiger Woods and Rory McIlroy will team up against Jordan Spieth and Justin Thomas in The Match.

McIlroy, Spieth and Thomas will all make their debuts at The Match, which will take place on 10 December.

Woods, 46, is still recovering from the injuries he suffered in a car accident in February 2021.

This will be his third appearance at The Match, having lost to Phil Mickelson at the inaugural event in 2018.

In the most recent edition in June, Tom Brady and Aaron Rodgers defeated Josh Allen and Patrick Mahomes in a contest between American football quarterbacks at Wynn Golf Club in Las Vegas.