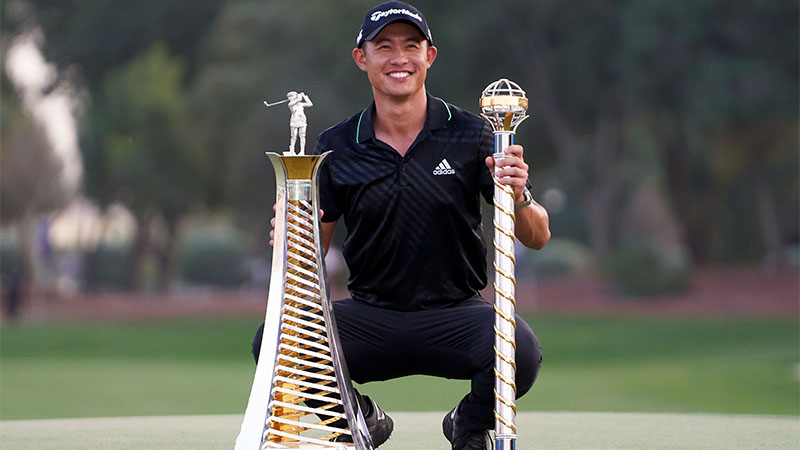 The DP World Tour Championship hasn’t had a repeat winner since its inception in 2009, and that will remain the case for at least another year. Collin Morikawa, who became the first American to win the then European Tour’s season finale in 2021—and, in the process, claim the Old World circuit’s year-long points title—announced via social media on Monday that he has withdrawn from the event at Jumeirah Golf Estate in Dubai, citing “upcoming personal commitments.”

At No. 35 on the DP World Tour points list after last week’s Nedbank Golf Challenge, Morikawa was safely inside the top 50 to gain entry into the event. He did so while making eight starts in qualifying tournaments, including two DP World Tour events in the Middle East in January. His ranked was boosted largely by top-five finishes at the Masters and U.S. Open.

Morikawa isn’t the only American player who qualified for the DP World Tour Championship who is missing the event. Will Zalatoris, No. 6 on the points list, is still recovering from a back injury that has sidelined him since late August. The lone American competing in Dubai is Kurt Kitayama, ranked 36th, who also is a PGA Tour member.

Rory McIlroy, who won the PGA Tour’s FedEx Cup title in August, is the top-ranked player in the season-long points list entering the finale. The Northern Irishman is attempting to claim the former Order of Merit title for the fourth time in his career (2012, 2014, 2015) and become only the second player to hold the season-long titles on both the PGA Tour and DP World Tour in the same year, joining Henrik Stenson when he did it in 2013.