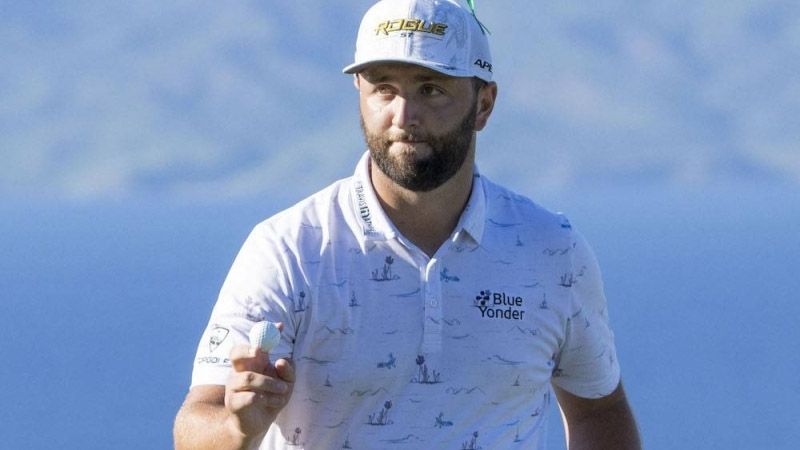 The new OWGR system, which came into effect on August 9 this year, has divided opinions among players and fans.

While it is based on a more scientific base, with detailed calculations like the strength of field and shots gained taken into consideration before every tournament, it is skewed heavily towards the PGA Tour.

“I”m going to be as blunt as I can. I think the OWGR right now is laughable,” said Rahm, the 2021 US Open champion.

The top-50 players in the Race to Dubai have qualified for the $10 million tournament, and the field includes world number one Rory McIlroy and six other players in the top-25 of the world rankings.

The tournament on the PGA Tour — The RSM Classic — does not have even one top-25 player in its 156-man field.

And yet, the RSM Classic winner will get 38.38 points, while the champion in Dubai will have to be satisfied with just 21.82 points.

Smaller tours have suffered even more.

In the absence of top-ranked players, and the guaranteed points they had in the earlier system, their points have come down to mere fractions, and players have hardly made any move in the world rankings despite multiple wins.

The world rankings are important because the eligibility criteria of all four majors and the World Golf Championship and invitational events are based on them.

Rahm — who is ranked fifth in the world — did not mince his words when asked about the new OWGR.

“The fact the RSM does not have any of the top-20 in the world and has more points than this event, where we have seven of the top 25, is laughable.”

“I understand what they are trying to do with the depth of field but having the best players in the world automatically makes the tournament better.

“I don”t care what their system says. “I think they have made a mistake.

“You have the 30 best players of the year here. They should not be punished because it”s a smaller field. Depth of field doesn”t mean better tournament.”

Rahm was asked about LIV Golf events, and their belief they should get OWGR points, as they have some of the best players in the world playing their tournaments, which are over 54 holes and have no cuts.

“I think a lot of people are against them having World Ranking points,” said Rahm.

“If your requirement is to have World Ranking points as 72 holes and a cut, maybe you don”t award them 100 percent of the points since they are not fulfilling all of the requirements.

“I also believe it”s probably a couple-year process, so they need to respect that as every other Tour has.

“But yeah, if there”s some requirements and it”s only 54 holes and you don”t have a cut, maybe you award them, let”s say 75 percent of the points a winner should get.”

Rahm will be a huge favorite at the Earth course this week, having won twice and finished tied fourth in his previous three appearances. He is 52-under par, averaging an incredible 4.3-under par for his 12 rounds.