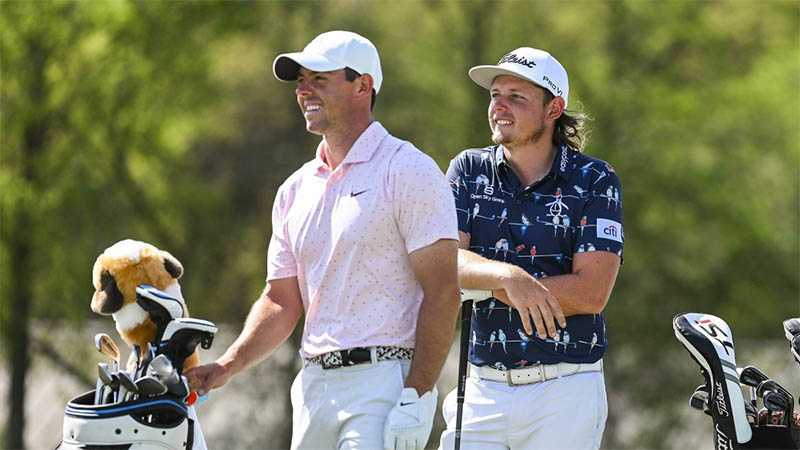 Two days after losing the 150th Open Championship to Cameron Smith, Rory McIlroy made a phone call he undoubtedly did not want to make. He called Smith to congratulate him on winning the Claret Jug, and then talked him through all the reasons he should stay on the PGA Tour.

Smith did not heed McIlroy’s advice, obviously, opting instead to sign a reported nine-figure deal with LIV Golf and making his debut at LIV Boston just after the Tour Championship. Those two, along with PGA Tour Player of the Year Scottie Scheffler, owned most of the year in 2022. That trio combined for 11 victories worldwide, including half the major championships.

However, it was what happened off the course that often dominated the headlines. Smith opened up recently about what McIlroy said to him during that post-Open Championship phone call.

“I’ve always had respect for Rory and I’ve liked what he says on the golf course,” Smith told the Sydney Morning Herald. “He said, ‘Congrats’. There were maybe a couple of little jabs in there. He was happy I played well and it was a good tournament. Then we talked about the PGA Tour and LIV. There was a bunch of stuff he wanted me to know before I made my decision. I wouldn’t say he tried to directly talk me out of it, but he definitely wanted me to stay.”

There was good reason. At the time, Smith was the No. 2 player in the world and the reigning Players Championship and Open Championship winner. His recap of the conversation squares with what McIlroy said at the Tour Championship in August:

“I wanted to congratulate him, but also I wanted — guys that are thinking one way or another, honestly I don’t care if they leave or not,” said McIlroy. It’s not going to make a difference to me. But I would at least like people to make a decision that is completely informed and basically know this is what’s coming down the pipeline. This is what you may be leaving behind.”

What’s coming on the PGA Tour is a set of elevated events with massively increased purses — 12 tournaments with an average purse size of $20 million in 2023 — as well as an opportunity to play in the TGL, which is run by a company Tiger Woods and McIlroy own. TGL is essentially televised screen golf in an arena where players will have the opportunity to make some money in conjunction with a PGA Tour-affiliated event. This has not been the case in the past.

Smith was not the biggest name LIV landed in 2022, but he was probably its best player. Dustin Johnson, Bryson DeChambeau, Brooks Koepka and Phil Mickelson are all bigger draws than the Australian, but you could argue that only Scheffler had a better year than Smith this year, although he certainly didn’t have a richer one.