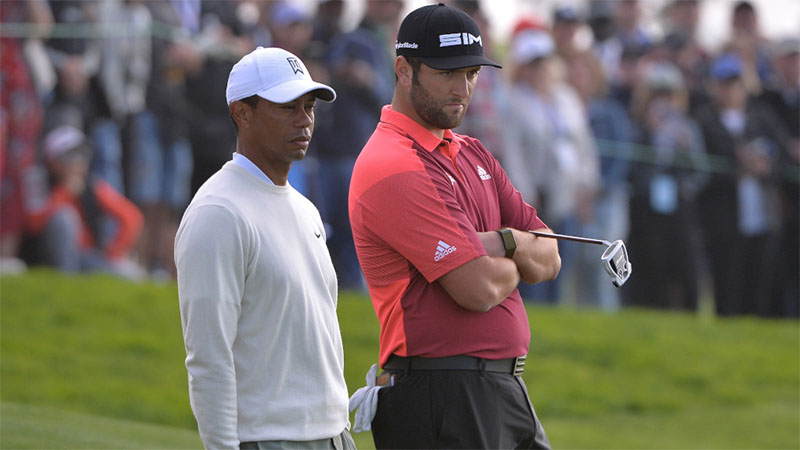 “Justin and Jon are tremendous additions to join Tiger and Rory as the next PGA TOUR players announced as part of TGL. Both are major champions who have spent time as the number one player in the world and have represented their home countries in golf’s biggest team match-play events,” said Mike McCarley, the founder and CEO of TMRW Sports and a former Golf Channel executive.

“They are well-respected among their peers as among the best players in the world and for the way they conduct themselves as professionals. World-class golfers, like Justin and Jon, are the cornerstones of TGL as we blend elements of the traditional game with a new, short-form format designed specifically for modern media consumption.”

In August, the golf entertainment and media company announced TGL as a new tech-infused league that will operate in partnership with the PGA Tour. The series is set to debut in January 2024, with six teams of three PGA Tour players expected to sign on.

There will be 15 regular season matches, in addition to semifinals and finals matches, that will take place within a 2-hour window on primetime TV. The coolest detail—and perhaps the one fans are most excited to hear more about—is the plan for the league’s venue.

TGL will be played in a “data-rich, virtual course complete with a tech-infused short game complex,” according to a TMRW Sports press release. The league will also incorporate a “high-energy, greenside fan experience with every shot live.”

Rahm and Thomas are ranked No. 5 and No. 8 in the world, respectively. With their additions to the list of committed players, TGL’s talent now boasts 22 major championships, 127 PGA Tour wins, and 843 Weeks at World No. 1, combined.

Last month, TMRW Sports announced a stacked roster of big-name investors, including former and current greats from across all sports. Tennis legends Serena Williams and Andy Murray, F1 drivers Lewis Hamilton and Alex Albon, and NBA stars Stephen Curry and Chris Paul are just some of the world renowned individuals on the list.

“We’ve been intentional about diversity of expertise, thought and background and we mobilized this strategic group,” McCarley said. “Plus, many share a passion for golf that only adds more fuel to TGL, our first project in partnership with the PGA Tour.”

TMRW Sports has established itself as a forward-thinking company with an established group of investors, but the addition of Thomas and Rahm as confirmed competitors gives fans a true glimpse at what TGL will look like.