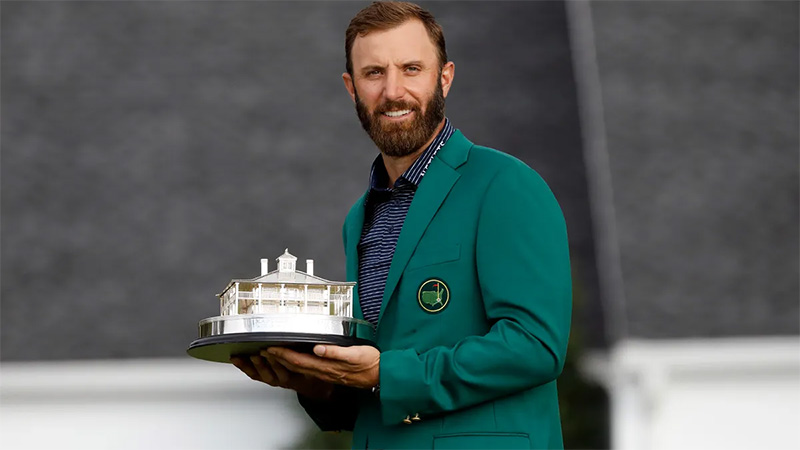 LIV players, which include previous Masters champions Phil Mickelson and Dustin Johnson, have been suspended indefinitely from the PGA Tour.

But Masters chairman Fred Ridley said the event’s focus was to bring together “a preeminent field of golfers”.

He said: “We will invite those eligible under our current criteria to compete.”

The 87th Masters will take place at Augusta National in the United States from 6-9 April.

American Scottie Scheffler won the iconic Green Jacket this year, finishing three shots clear of Northern Ireland’s Rory McIlroy. They are players who have both been vocal in their support of the PGA Tour.

The emergence of LIV Golf, a Saudi-backed breakaway tour offering huge sums of money to players, has caused deep divisions in the sport.

Fronted by Australian former world number one Greg Norman, the project has promised to shake up the golfing landscape and has lured some of the biggest names in men’s golf.

As well as Mickelson and Johnson, the likes of Bryson DeChambeau, Brooks Koepka and Patrick Reed were also swayed to leave the PGA Tour.

A 14-tournament LIV Golf league – with a prize fund of $405m (£336m) is scheduled to start in 2023 but will not compete with the four majors or international team events, say event organisers.

“Regrettably, recent actions have divided men’s professional golf by diminishing the virtues of the game and the meaningful legacies of those who built it,” Ridley said.

“Although we are disappointed in these developments, our focus is to honour the tradition of bringing together a preeminent field of golfers.”

Future changes to the Masters’ invitation criteria will be announced in April, Ridley added.

R&A chief executive Martin Slumbers said in July it was “not on the agenda” to ban LIV players from next year’s Open but also did not rule out changing the championship’s entry.

Patrick Reed returns for Tour Championship after battle with pneumonia