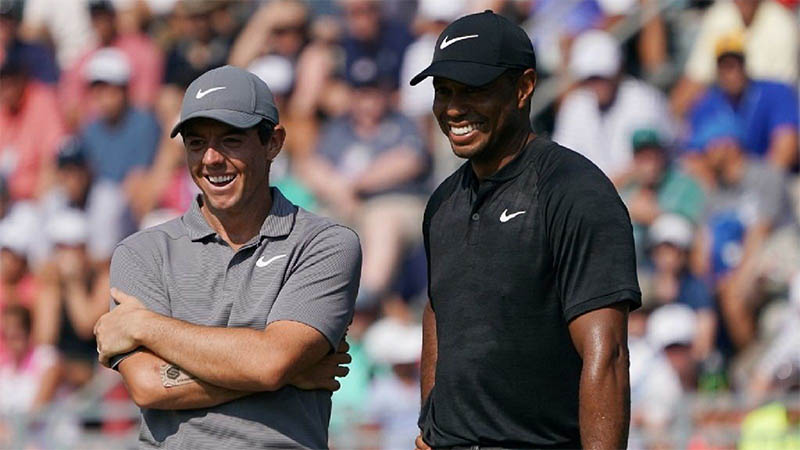 Tiger Woods said he has to “take his hat off” to Rory McIlroy for being a leading voice in golf’s ongoing civil war even as he’s continued to shine on the course.

McIlroy and Woods have emerged as the two leading voices among the players in the battle between the upstart LIV Golf tour and the game’s traditional powers.

The pair have thrown their support firmly behind the PGA Tour – albeit due in no small part to their growing business relationship with the organisation – but while Woods has not played much during that time as he continues to battle injury, McIlroy has had to juggle a full-playing schedule while leading the charge.

And while he could not break his major drought in 2022, McIlroy had a stellar year by every other metric, winning the FedEx Cup for a third time on the back of some impressive victories while also returning to the top of the world rankings.

“We all as players want to compete against each other and beat our brains in,” Woods said. “The key is how.

“Rory has had the toughest deal of all here because he had to compete and play. I wasn’t playing that much.

“He had to answer all these questions. We had all the meetings and conference calls together and were communicating and in lock-step behind each other.

“But I was not out front having to deal with questions in the media, he had to deal with that and not only that he had to try and play and win events, which he was able to do.

“So hats off to him for doing what he did this entire year.”

Back in August, Woods and McIlroy officially announced a new business partnership – TMRW Sports – which will usher in a new tech-driven team golf league featuring 18 of the PGA Tour’s top stars beginning in 2024.

Also involved in the venture is Golf Channel boss Mike McCarley and the PGA Tour itself.

“We’ve been working on this for two years,” McIlroy said. “I think it’s a great opportunity for PGA Tour players to show a different side of themselves, prime time on Monday night. I think it’s great for brand exposure to try to engage a different audience.”