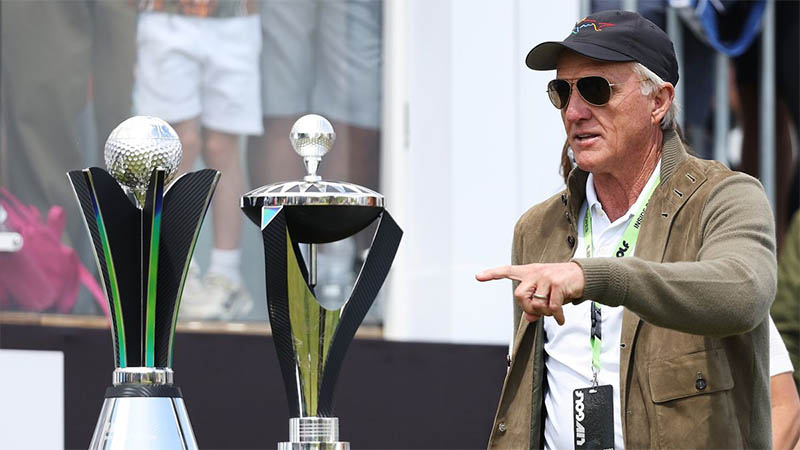 After a whirlwind 2022, LIV Golf heads into the New Year on the back of its groundbreaking maiden campaign. The Saudi-backed series no doubt rocked the boat of professional golf last year, and more of the same is expected in 2023.

Nobody could have predicted the magnitude of the saga surrounding LIV and its ongoing battle with the PGA Tour. The two rivalling circuits have found themselves in deadlock, and with no clear solution in sight it seems golf’s civil war is set to rumble on.

With their maiden season done and dusted here is a look at what could well unfold on the Saudi-backed circuit as it heads into 2023.

Greg Norman’s future:
One man who has been instrumental in LIV’s rise is the ever-controversial Greg Norman. As the circuit’s CEO, Norman has been at the forefront of all things LIV in 2022, but despite this the fiery Australian may have already done too much.

A figure like Norman was undoubtedly needed to get the contentious breakaway series off the ground, but now things are up and running the former world No. 1’s future is up in the air. The consensus hope around professional golf is that the two rivalling tours need to come to some agreement to bring peace upon the game, but many believe this is not possible with Norman at the helm.

Greg Norman’s future remains up in the air:
In particular both Rory McIlroy and Tiger Woods called for the Aussie to step down from his role in order for golf to return to some sort of normality, and with the Telegraph reporting that Saudi chiefs are questioning Norman’s future, his role as LIV’s poster boy could well come to an end.

A truce with the PGA Tour:
The question on everybody’s lips heading into the New Year is will the PGA Tour and LIV finally put their differences aside and end their ongoing feud?The toxic battle between the two has polluted the sport, but with the Saudi-backed circuit not going anywhere it feels as if some sort of truce will need to be agreed in 2023.

One huge step in building bridges between golf’s traditionalists and revolutionists has been Augusta National confirming that any LIV player who qualifies for the 2023 tournament will be eligible to compete, with no banning orders put in place – unlike the PGA Tour.

The one key determining factor in finally reaching a resolution though will no doubt have to come after the two squabbling circuits have settled their legal disputes filed against each other, which is expected to be heard in court in the early stages of this year.

Marquee signings:
After luring in some of golf’s biggest names for their maiden campaign, LIV are expected to only expand their growing roster in 2023. Norman has already set out his stall in claiming the Saudi-funded circuit will bring another seven players – with his eyes on the world’s top 20 – over to the series, with the likes of Xander Schauffele and Patrick Cantlay linked with the move.